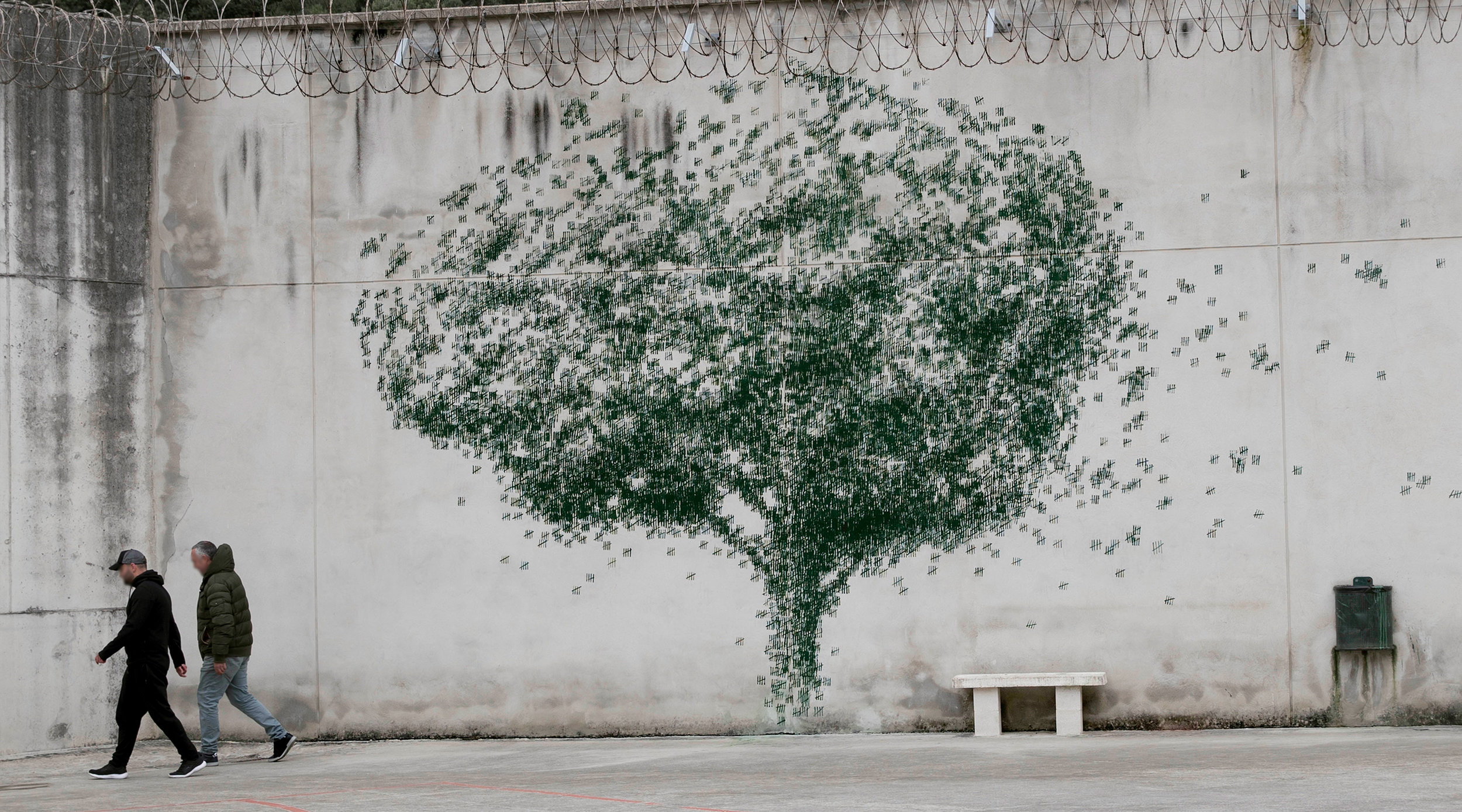 Posted at 12:24h in Our Work by Editor Chief

Spanish painter Pejac recently completed an art intervention at the oldest prison in Spain, the Penitentiary Center of El Dueso. Located near the artist’s hometown of Santander, overlooking the Cantabrian sea and surrounded by marshes, the prison built at the beginning of the 20th century on the remains of a Napoleonic fort was another challenging setting for the artist’s poetic interventions.

For 11 days, El Dueso’s walls, courtyards, and corridors became Pejac’s workplace. The ‘Gold Mine’ project integrates three singular pieces, which as a whole represent the value of the human condition, its resistance to adversity, the need to create, and its desire, above all, to leave a mark.