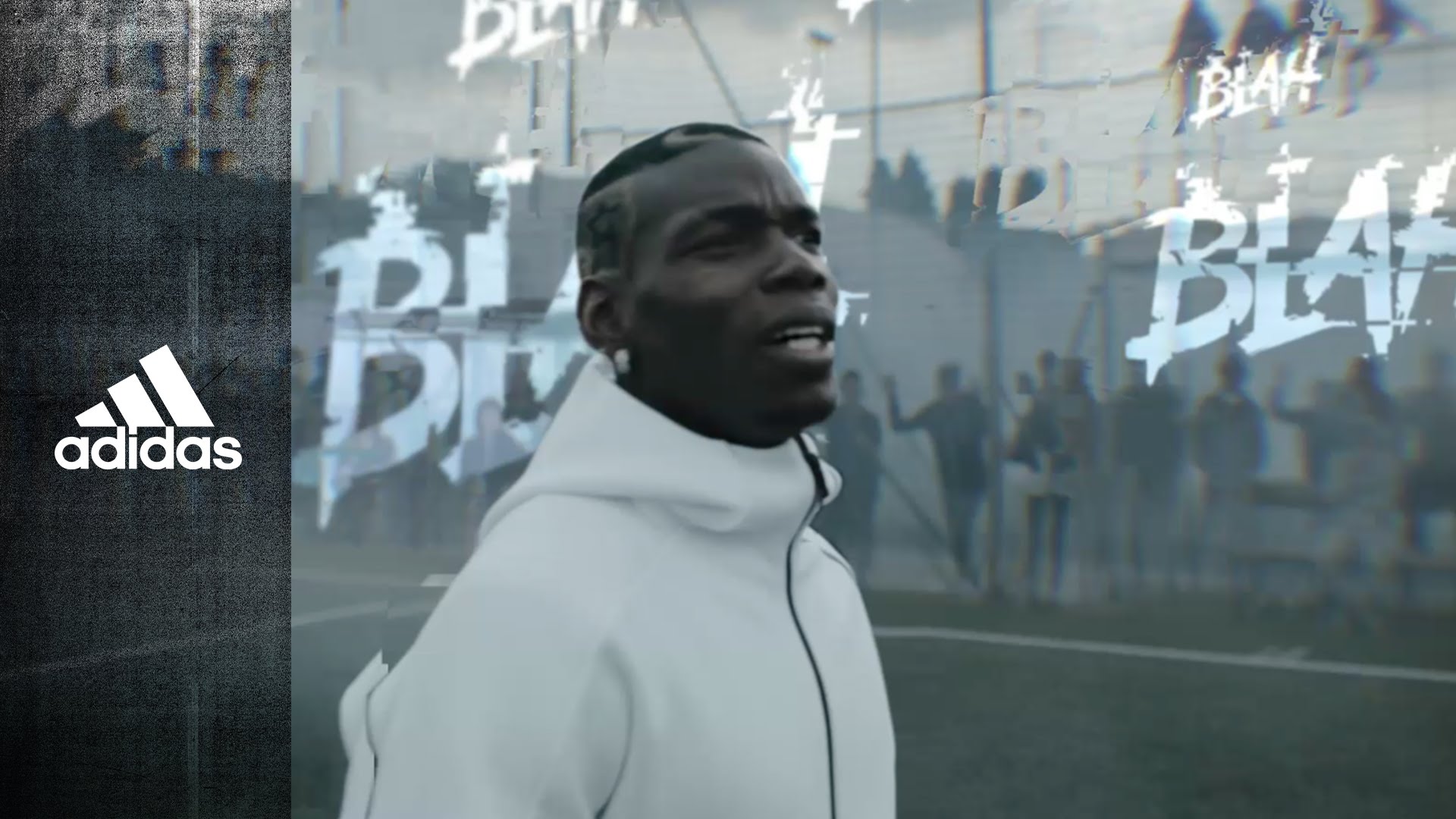 Posted at 16:40h in Our Work by Nicholas Burman

As the football-lovers among you will be aware, this weekend heralds the start of the Premier League season – and thus an end to months of gossip and transfer talk in the back pages. OK, so the tabloid tittle-tattle never really ends, but at least now we can enjoy footballers doing their talking on the pitch rather than through their agents. Halleluljah!

The latest ad from adidas Football, ‘BLAH BLAH BLAH’, pokes fun at the never-ending rumour mill through its star Paul Pogba, whose protracted transfer to Manchester United is likely to finally go through today. adidas-loving grime icon Stormzy also makes an amusing cameo alongside the likes of Gareth Bale and Diego Costa, although it’s the genre’s godfather Wiley who tales centre stage – his blistering recent track with London duo Dusky, ‘Sort It Out Sharon’, was cleared by Record-Play for the soundtrack.

The clip is likely to have been viewed over a million times by kick-off this Saturday. Enjoy it below.