brazuca Around The World – adidas Football

Posted at 15:18h in Uncategorized by Nicholas Burman

adidas have just launched their new brazuca ‘Around The World’ YouTube series, to celebrate the launch of the ‘brazucam’. Capturing 360º views through six different lenses, offering fans around the world the opportunity to enjoy and share the love of football from an entirely new perspective.

As part of our music supervision role with the adidas group, we helped source and license the tracks for this saga, all of which you can hear over at the adidas Football SoundCloud page.

Paul White’s ‘Feel Like Going Wild’ soundtracks the Trailer clip, while ‘The Funk’ by Oh No sets the tone for Spain. Germany gets the fLako treatment with ‘Push’ and Maker’s ‘Break Bread’ soundtracks the England clip. Oh No makes another appearance on the USA and Japan clips, while Ezekiel provides the tune for Mexico. For Brazil we cleared Brazil based DJ Sany Pitbull’s ‘Beatch Brasil’.

Congratulations to Ezekiel who, after soundtracking the Mexico clip, has been picking up plenty of love in his home country, such as the press below! 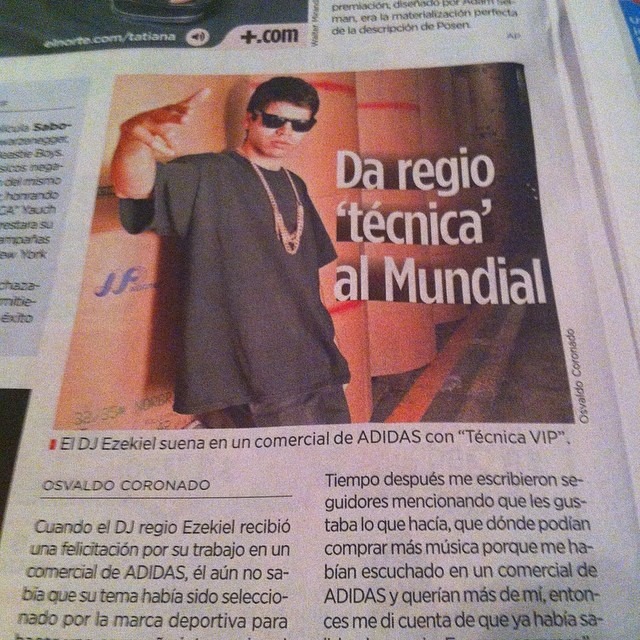